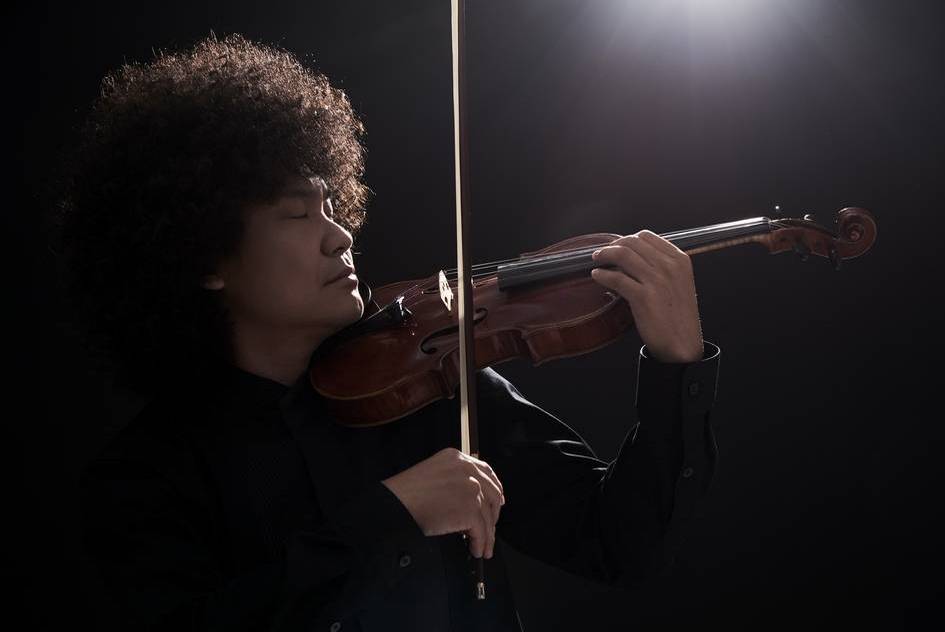 Violinist Chieh-Wei Chang has abundant experiences in teaching as well as solo and chamber music. Mr. Chang has acted as a concert master and is currently the founder of the premier Taiwan classical music website http://t-classical.com

The purpose of learning music is not necessarily to become a musician, and you don’t have to be able to play the piano in order to learn violin. The goal of learning music should be simple, to bring you a joy and help you understand music in other areas of life. Let us cultivate an elegant perspective in life and enjoy a wonderful hobby.

1. Emphasis on the Foundamental skill

Do not underestimate the basic violin learning textbooks and pieces. No matter what age a person starts to learn the violin, a person’s violin skill will often stymie without good foundation regardless of how many years of practice and hard work. A student must focus on the numerous basic details from the beginning. Teacher Chang had received rigorous basic trainings under his mentors throughout his violin learning process, and his discipline will be reflected in his teaching.

The hardest thing about violin is that there is no physical keyboard to look at like the piano. Sound distinction and intonation are the key basic factors that can determine whether a student will be able to play great music, and these skills should not be overlooked.

It’s difficult to train a person to be musical using the mundane teaching methods. An important aspect of Teacher Chang’s training method is the heuristic and imaginative guidance.

Regardless of age, amateur enthusiasts are welcome to contact Teacher Chang about the violin lessons. If necessary, Teacher Chang can loan a violin (4/4) to novice students free of charge.

Prospective music examinees who wish to tryout for music classes, music departments, or foreign music schools can contact Teacher Chang, and he will assist you to make the best preparations.

Students from the various music departments are welcome to contact Teacher Chang, who looks forward to share his experiences and good advices with you. 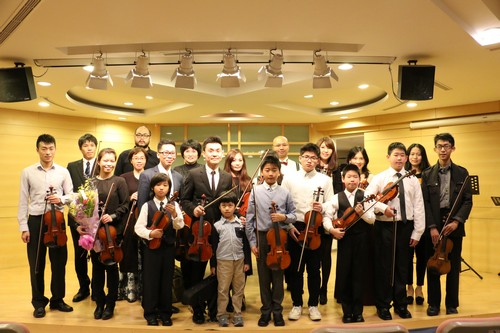 Mr. Chang will hold a concert with his students as a requirement at least once a year. Music should be shared to everyone. Mr. Chang encourages people to bring out their musicality in playing the violin with confidence on the stage. One of our goals is to produce future violinists who can create beautiful music together. Born in Taipei, Mr. Chang started learning violin at the age of four. Thereafter, he was taught by Shu-De Li and was instructed by a well-known violinist, Nai-Yuan Hu who won the first prize in Queen Elisabeth Competition in 1985 for a long time. Mr. Chang was the only student taught by Shu-De Li when he studied at the Guangren Catholic Elementary School and the Kuang Jen Catholic High School and received exceptional grades.

Mr. Chang than entered the National Taiwan University of Arts. During this study period, he assumed the position of concert master for two years and led the orchestra to achieve quite a few performances. Mr. Chang won 1st prize in a concerto competition, and also performed Sibelius violin concerto solo with the symphony orchestra for the Taiwan University of Arts in the cultural center of Taipei County. In 1999, Mr. Chang won 1st prize in Taipei county violin competition and 2nd prize in Taiwan national violin competition.

After his graduation, Mr. Chang won a scholarship to New York for advanced studies. In the United States, he trained under Lucie Robert at the Mannes Musical College, worked with member of Orion String Quartet, and continued learning from violinist Nei-Yuan Hu.

During the college period, Mr. Chang has actively participated in chamber music, Baroque Orchestra, and solo performances. He has performed in various concert halls, churches, and art centers in New York. He has also received a scholarship to attend the Aspen Music Festival and obtained the qualification to attend performances by the AAC Orchestra, which only recruits brilliant musicians from Asia.

After returning to Taiwan, in addition to become involved in teaching and performing, Mr. Chang has taken advantage of his expertise in website design and music to establish a website with the goal of introducing outstanding musicians in Taiwan and Asia to the world. The name of the website is Taiwan Classical Music Net ( www.t-classical.com ). The Taiwan Classical Music Net now has 50,000 members domestically and abroad as well as 90,000 Facebook fans. T-classical.com is one of the top visited website for people who are fond of classical music. Regarding to performance achievements, Mr. Chang has participated in different fields of music such as orchestra, jazz, pop music, and soundtrack production. Mr. Chang has also performed violin solo in the premier of modern musical opera produced by Peking Opera Master Hsing-Guo Wu and received favorable comments.

My growing-up and violin-playing history

In my life, I have met numerous wonderful teachers. They enabled my violin skills to gradually improve each day, and I want to pass on what I have learned throughout my life to students who wants to learn. I hope my students can find their happiness to life through music and most importantly, I want to help my students to continue to improve.